One of the most popular Indian dishes in the U.S. and the U.K., chicken tikka masala usually involves several steps including marinating and grilling the chicken before simmering in a curried tomato cream sauce.  Authentic Indian Chicken Tikka Masala  (the word “Tikka” in Hindu means pieces or small bits) is prepared with pieces of chicken, marinated with spices and yogurt and grilled over a charcoal fire to give it a lovely smokey flavor.

The chicken tikka masala known today is a curry(sauce) dish in which roasted chicken chunks (tikka) are served in a rich orange, creamy, lightly spiced, tomato-based sauce. The origins of chicken tikka masala are disputed.  Some say it was created for the Mughals in the pre-British India era and another legend has it that chicken tikka masala was actually created in the U K in the 1960s.  While I won’t get into that, I will say that it’s one of my favorite dishes, but  the original dish has plenty of ingredients and takes time.

But look, Eating Well has simplified it to a one-skillet dish and lightened it by increasing the vegetables, omitting the butter and using less cream. Serve with brown basmati rice.  Also notice that the garam masala, shown in the list of ingredients below , is a blend of spices used in Indian cooking, usually includes cardamom, black pepper, cloves, nutmeg, fennel, cumin and coriander.  This seasoning can be found already blended.  It takes the place of many spices, saves time and is available in the spice section of most supermarkets. Today its easier to prepare, with less calories per serving and is every bit as delicious as the original. 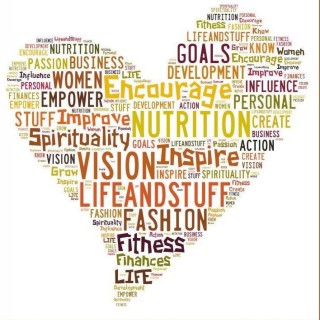 Articles on the core disciplines of self, social and relationship awareness and self-management... and anything related to happiness and success in life, including spirituality, leadership, nutrition, fitness, money and fashion savvy.

How to Teach Without a Lecture and other fun

A blog for and about women of a certain age